Spring is in the Air – April Target 600 miles

March didn’t go completely to plan.  The weather could have been better and work got in the way too.  Still managed 330 quality miles and raring to go now.

1 – 8th April– Away on holiday – Had a great time on the slopes but no cycling – Thanks to Neil at Fit-to-Ride for servicing the bikes and thanks for delivering them.  Sadly the weather beat us on Sunday despite our best intentions.

9 – 15th April– More frustration with the weather and also things going on here in the office.  Not able to get out as much as we would have liked.  Away for weekend in Belgium and managed to get out for two 5km runs – haven’t done this in 4 years.  Quads killing me.  Still having problems walking downstairs 3 days on.  Only 50 miles on bike, but next week looking good.

16 – 22nd April – This is more like it.  Commuted every day and notched up 250 miles in 7 days.  Met Lesley after work and started to get some hills in around the Purbecks.  Couple of longer rides planned over the weekend, with a decent lunch thrown in hopefully.

23 – 30th April – What was I saying about the weather!!  The temperature has dropped by 10 degrees. What doesn’t kill you makes you fitter.  Managed to get a couple of commutes in and 2 rides over the weekend with Lesley.  The temperature on Sunday’s ride was only 8 degrees and coming back up the sandbanks peninsula into a Northerly headwind made the final few clicks feel like an extra hill. 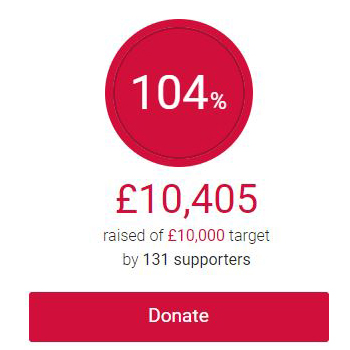 I'm pleased to announce 4 new offers from our suppliers

Thanks to Riccardo and the team in Taiwan for the donation of $500.  It is so very kind of you.

Conor, Don, Tommy, Grace, Shane and the rest of the Excelsys crew in Cork.  You are all stars!  Hopefully we can come over to Ireland with the bikes and see you later in the year.  Thank you for your pledge of £500.

To all of the team in Slovakia and the US, thank you so much for your donation of $500.  We appreciate it so much and look forward to you visiting us again in the summer.

Tania, John and the rest of the team in Poole, you've delivered on time once again.  Thank you so much for your donation of £500. Jerseys - Now on order and due to be with us Mid May.  Thanks again to the Simon at Idealogy for the design and the team at Endura for producing these for us and to Bel Power for covering the costs.  I've just received a colour sample and you certainly won't be missed out on the road. 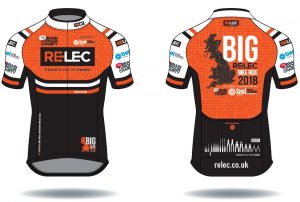 If you would like one they are available for £50.00 with 100% of the proceeds going to the the brain tumour charity.  Just contact me for details. 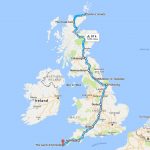 Route Schedule - Our route is coming together now.  Scotland is pretty much sorted with routes and overnight stops organised.  I've set up a new page dedicated to the route.  If anyone has any thoughts on roads to avoid and those which are a must in your area, I'd love to hear from you.